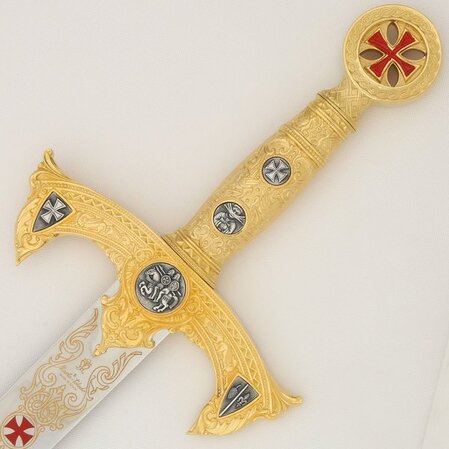 The Templar Order was established in 1118 to ensure the custody of the Holy places and to protect the pilgrimage ways.

The order reached the maximum splendour on the XIII century.

The Knights Templar considered themselves as knight of God, honour of church and the Christianity.

It was a very well organized military force and they were the clash forces in all the Crusades.

During the century they ensured the effective government of the Latin kingdom of Constantinople. They did not pay taxes or tributes, they did only obey to the Pope and

they had properties in all Europe and the Middle East.

High Quality Sword of the Exclusive Collection "Historical, Fantastic and Legend Swords" made by MARTO.

Certificate of Quality and Origin, Made in Toledo (Spain) 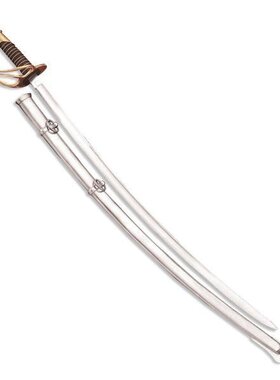 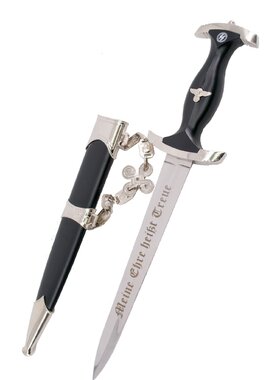 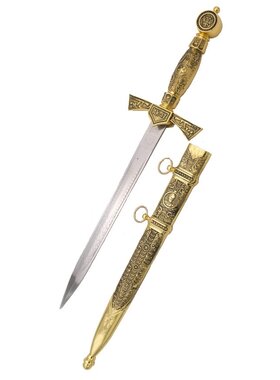