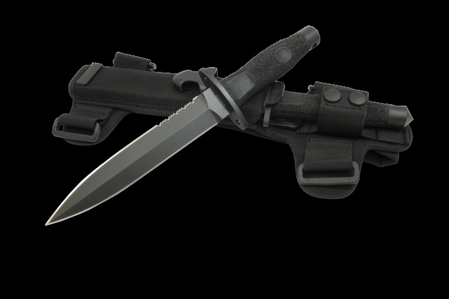 The “Arditi Distruttori della Regia Aeronautica” (lit. royal air force brave destroyers) were an Italian battalion serving in the North African theater during WW2, and awarded two silver medals of honor. They were tasked with complex sabotage operations against enemy airfields, which they accomplished employing then unprecedented guerrilla tactics. Now the 17° Stormo Incursori (17th Raiders Wing) of the Italian Air Force picks up their glorious heritage as a special force. As a tangible token of continuity, members of the 17th line up and parade carrying combat daggers at their belts, as the Arditi used to carry. This ADRA dagger, with its classic European shape, was designed for and with strong input from the commanders and operatives of the 17th. Thus begins its road of honor and duty. ADRA OPERATIVA is the black oxide-coated version, no logo, calf sheath included. 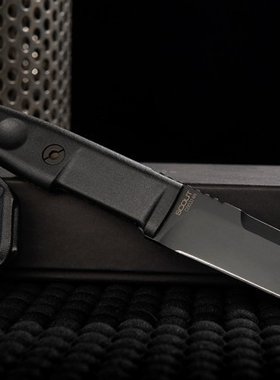 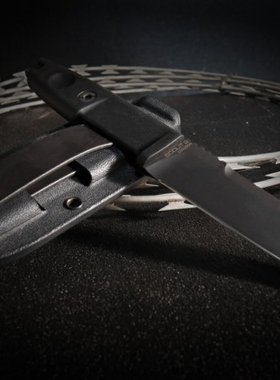 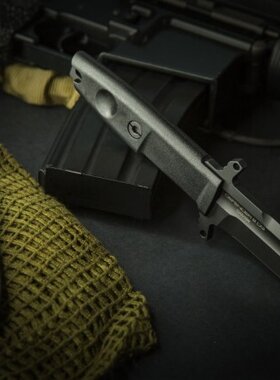 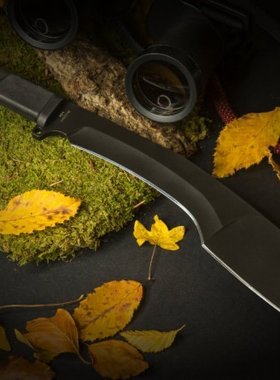